STORKS flies into theaters tomorrow Friday September 23rd. STORKS is a must see family movie – hilarious and fun for all ages. We think kids and parents alike will love this clever funny and heartwarming film that delivers laugh out loud comedy and a great message about what it means to be a family. Check out Storks movie review below for more of my thoughts on the  movie after attending advanced screening in LA at the Warner Brothers studio lot and chatting with cast, director and producer of the film. 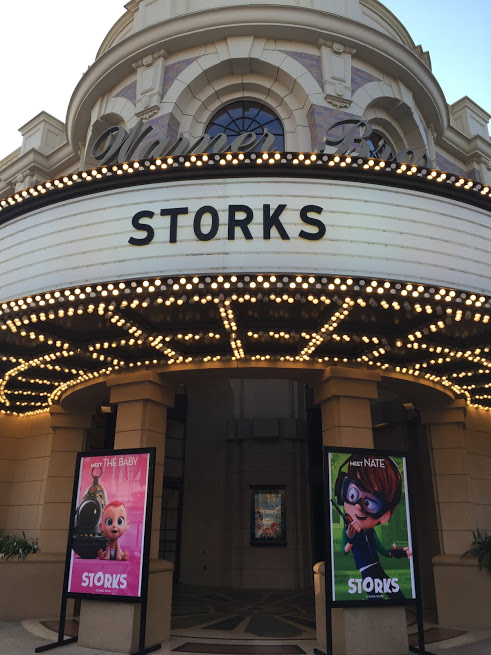 Lots of really humorous scenes, great animation and parents will relate to some scenes in pretty incredible ways given that Tulip and Junior end up being responsible for a little baby on their adventure to deliver the baby to it’s new home.

STORKS is a hilarious ode to parenting as it captures all those priceless and challenging moments every parent will find relatable. We think kids and parents will both love this clever funny and heartwarming film hat delivers laugh out loud comedy and a great message about what it means to be a family.

During my time in LA, we were able to interview some of the voice cast and directors of the movie. I love hearing the passion animators and directors have about bringing their work to life! You can check out my interview post for more thoughts but here are a few tidbits I found neat.

What’s really interesting is that the Director, Nicholas Stoller, typically directs adult comedies – like Neighbors. So it was really neat to see him team up with animation directors with lots of experience to bring this movie to life. I think this lends to the likeability of the film for all ages as Nicholas worked with the voice cast to riff and hash out lines during the recording. I think this really created the huge comedic effect in Storks and all kinds of laughs that you don’t typically see in an family animation movie.

Nicholas Stoller was creating this movie as he was going through the early days of parenthood so that inspired many of his ideas since he’s living in the trenches himself.

Storks is heartwarming, clever, and funny for all ages. A true comedic ode to parenting that rings true for everyone. 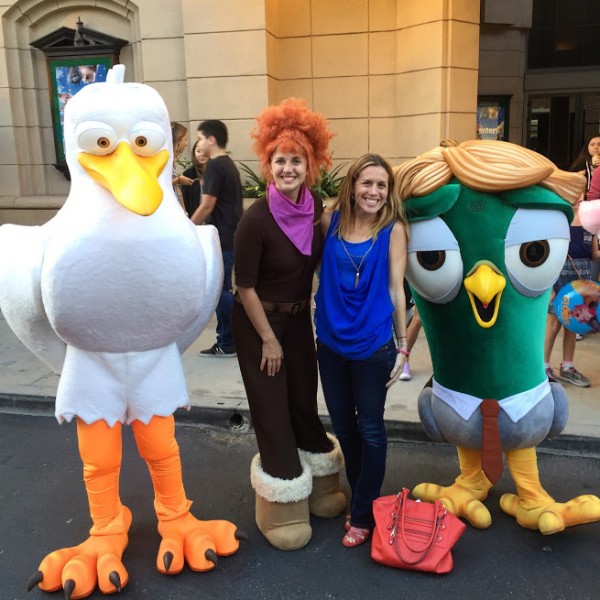 Andy Samberg on Playing a Stork

We had the chance to sit down with Andy Samberg, who plays Junior in the movie. He was hilarious & likeable. I loved listening to his thoughts on voicing Junior and what a collaborative process it was for him. Andy said, “It was fun seeing himself as another species.” 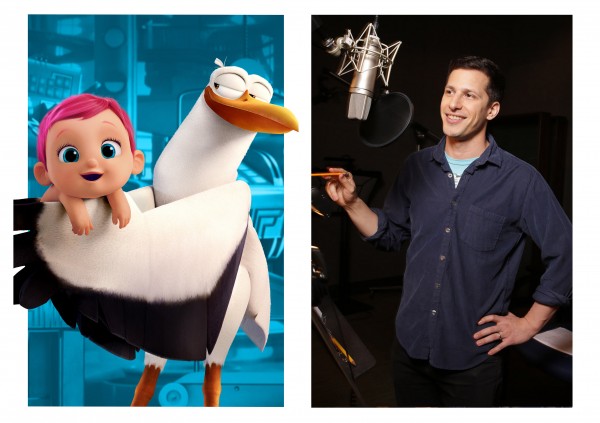 Fun Scenes from the Wolf Pack

Nothing is too scary in the movie for the kiddos. There are a few scenes with a pack of wolves who would love to keep but they are mostly silly and bring great action and animation scenes to the film. I don’t think the kids will be too scared, but if they are you can reassure them that our characters will escape unscathed. 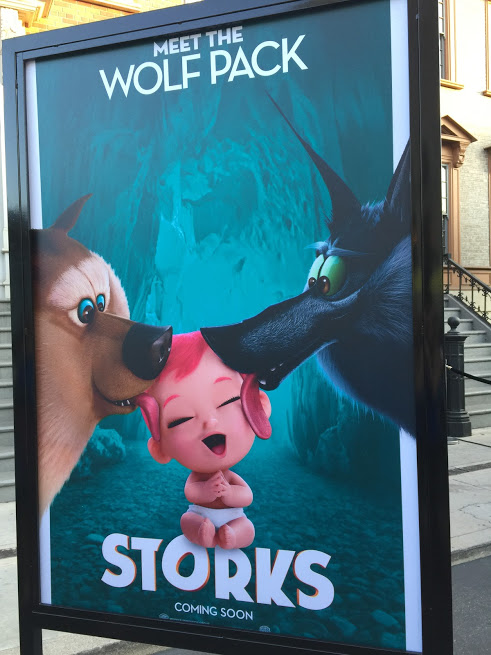 As you can tell there were some big names in the voice cast for Storks. You’ll have to listen to see if you recognize their voices and personalities shining through in the characters.

From the studio that delivered The LEGO Movie. 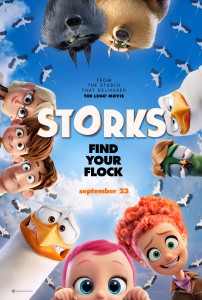 Storks deliver babies…or at least they used to. Now they deliver packages
for global internet giant Cornerstore. Junior, the company’s top delivery
stork, is about to be promoted when he accidentally activates the Baby
Making Machine, producing an adorable and wholly unauthorized baby girl.
Desperate to deliver this bundle of trouble before the boss gets wise,
Junior and his friend Tulip, the only human on Stork Mountain, race to make
their first-ever baby drop – in a wild and revealing journey that could make
more than one family whole and restore the storks’ true mission in the
world.

Note: Thanks to Warner Brothers for paying my travel expenses to attend the Storks press event. As always, all thoughts and opinions are my own.