The LEGO Movie is a MUST SEE family movie. Audiences of all ages will enjoy the adventure, comedy, music, and 3D animation of the Lego mini figures. Check out The LEGO Movie Everything is Awesome Song and Review below. 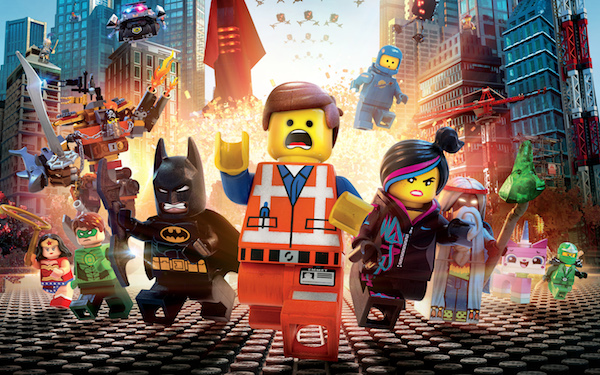 The LEGO Movie Everything is Awesome Song and Review

This is the 1st ever full length theatrical LEGO adventure and it seriously rocks. We especially are addicted to the very catchy theme song from the movie, titled, “Everything is Awesome”. I promise once you hear this jingle you won’t get it out of your head – but that’s all good as it will bring you a pop of joy every time you sing, “Everything is Awesome.” I’ve got a clip of the song below if you haven’t heard it yet!

After previewing it last weekend with the kids, we are OBSESSED with The LEGO movie. The kids loved it and thought it was totally awesome. Mom and Dad also really enjoyed it as I’ve never seen anything like it. Now, all Kenzie and Kyle want to do is  play with their LEGO’s and buy all the special LEGO Movie toy sets and mini figures. I profess that I now want to collect every mini-figure from The LEGO collection too. They are ADORABLE.

One of our favorite elements of the film was actually this ultra catchy tune – “Everything is Awesome”.  The kids loved the mini figures from ordinary Emmett to the ninjatastic and pretty Wild Style to the 80’s Astronaut to Batman and Bad Cop, every figure is just a fabulous character that brings a special personality and perspective to the film.

I especially love the story and adventure focuses on how an ordinary individual can be extraordinary and save the world. There’s a real emphasis on building with LEGO’s and that EVERY idea is a good idea if it is from your own imagination. We don’t all need to be “Master Builders” nor do we always need to follow those complicated books of LEGO instructions.

I don’t want to give away too many spoilers, but there’s a great twist at the end of the film that drives this message home to the audience with a special  Father and Son interaction as well.

The LEGO Movie Everything is AWESOME Song on Video 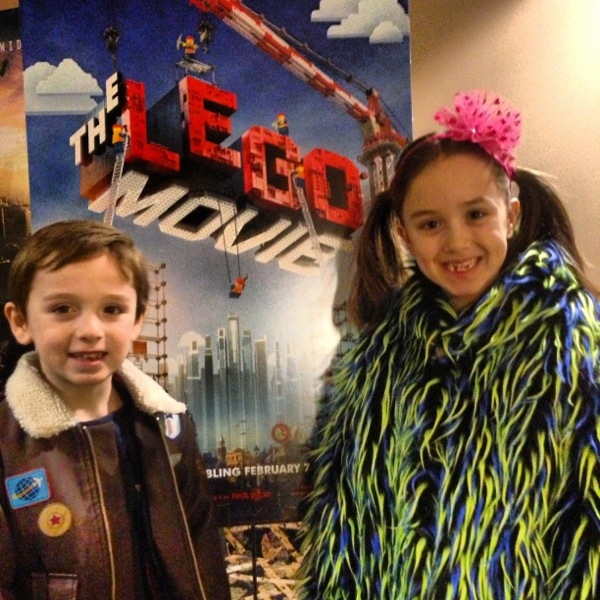 Starring Chris Pratt, Will Ferrell, Elizabeth Banks, Will Arnett, Nick Offerman, Alison Brie and Charlie Day, with Liam Neeson and Morgan Freeman.
The original 3D computer animated story follows Emmet, an ordinary, rules-following, perfectly average LEGO minifigure who is mistakenly identified as the most extraordinary person and the key to saving the world.  He is drafted into a fellowship of strangers on an epic quest to stop an evil tyrant, a journey for which Emmet is hopelessly and hilariously underprepared.  Chris Pratt (“Moneyball”) stars as the voice of Emmet.  Will Ferrell (“The Campaign”) stars as the voice of his primary adversary, President Business, an uptight CEO who has a hard time balancing world domination with micro-managing his own life; while Liam Neeson (“Taken” and “Taken 2,” Oscar nominee for “Schindler’s List”) voices the president’s powerful henchman, known as Bad Cop/Good Cop, who will stop at nothing to catch Emmet.

Note: Thanks to Warner Brothers for arranging a preview of this film for our family to facilitate our feature. As always, all thoughts and opinions are our own.