Imagine writing a movie script about your life where you put your husband as the main character and cast your children as the siblings. It sounds like a bad dream when you wake up in a cold sweat! That’s exactly what Judd Apatow basically did when writing and producing This is 40, which opens in theaters everywhere this Friday December 21st, 2012.

So, yes, I was looking forward to my interview with Judd Apatow who wrote and produced the witty, honest script for This is 40. His wife Leslie Mann and two daughters Maude and Iris play the leading characters too!  I especially enjoyed hearing his story on how this movie brought them all closer together. So maybe writing a movie script is in our futures… 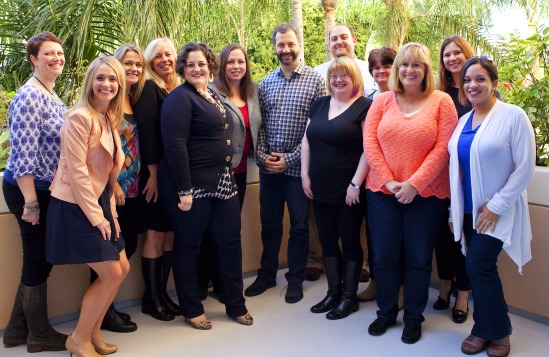 Judd on how the movie has brought his daughters closer together:

So, it’s helpful, for the kids because since we shot the movie, they have gotten along way better as a result of having to re-imagine and dramatize their own issues with each other. Now some of it becomes ridiculous because they’ve played it. And then if they say things, they say in the movie. I’m, like, “That’s so lame that you still say it.”

Judd on whether his daughters read the script of the movie: 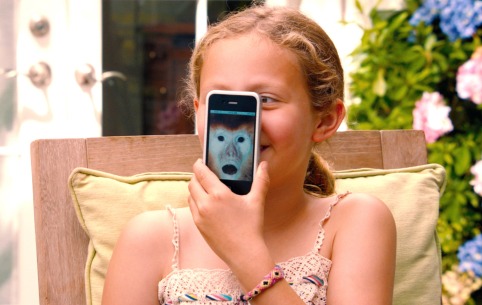 Judd comparing his job to an insurance salesman:

Maude turns 15 next week, and Iris is 10. But they’re so bored of it. It’s funny because their world is movies and comedy. The son of an insurance salesman wouldn’t care about insurance. They kind of don’t care in a way that’s very healthy, I think.

Judd on how to handle moody daughters:

I’ll sit and read the book, Yes, Your Teen Is Crazy in front of my kids. And I’ll read passages out loud, and then just go, “Your brain is not built yet. You don’t know how to self-soothe. So, I’m leaving the room for two hours while you do whatever you want to do.” 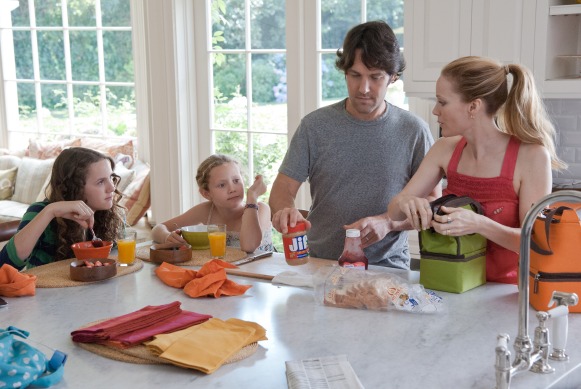 Judd on what he learned about his marriage through this film:

What’s helpful for me is to deeply think through Leslie’s point of view ’cause it’s so easy to just think, “I’m right. She’s annoying,” So, to have to write her point of view and show the effect of certain behaviors that I have or men have is helpful. And one thing that Leslie pointed out to me a long time ago was this idea of being shut down as a man feels like a terrible rejection. Where a guy might just want to zone out and go on the computer or read the paper, he thinks, “I’m not doing anything. Why would you be mad at me? I’m just sitting here.” But that act is hostile.

Judd on whether this movie is a celebration or a rebellion:

It’s more about what it takes to be committed to somebody for your entire life and that you have bumps along the way, and at moments you even doubt the entire enterprise. But I do think it is about what it takes to hang in there and learn from your mistakes and have a deep commitment for somebody. When I was a kid and my parents got divorced, I always thought, “Why didn’t they try harder?” So, I’m sure on some deep, psychological level, I’m trying to show people with the worst relationships not giving up. Maybe it’s a terrible message to send to people, and they all should be divorced at this point, but I like when people try.

And I also think it’s interesting that your spouse always points out what’s wrong with you, and you could look at that as a positive thing or as a nightmare. I think Oprah told us this many times. And that’s part of what it’s about, just what do you do with that information.

Check out the trailer for the hilarious movie, This is 40 below.

Connect with This is 40 in the following spots online:

Visit the  This is 40  movie Official Site

Disclosure: Thanks to Universal Pictures for sending us to cover this press junket and covering our travel and expenses. As always, all thoughts and opinions are my own.