Season 3 of Quantico is airing now! Tip: I had the amazing pleasure of getting the inside scoop on the reboot of Quantico with Executive Producer Michael Seitzman and Marlee Matlin, a new fascinating addition to the cast as she plays the role of a deaf FBI Agent on the team. Catch Quantico every Thursday at 10|9c on ABC or stream it via the app. 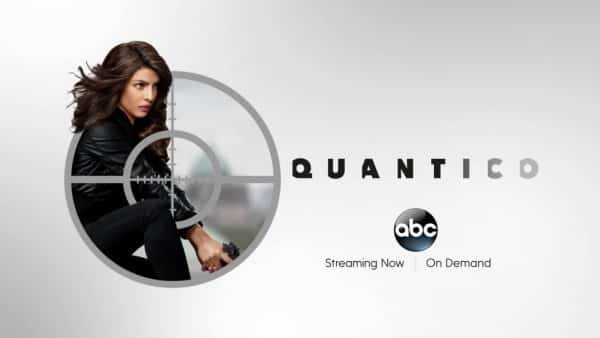 I left this interview feeling inspired and invigorated. It was tough to trim down the amazing interview into a readable article but I thought I’d share a few gems and tips for Watching Season 3 with you! 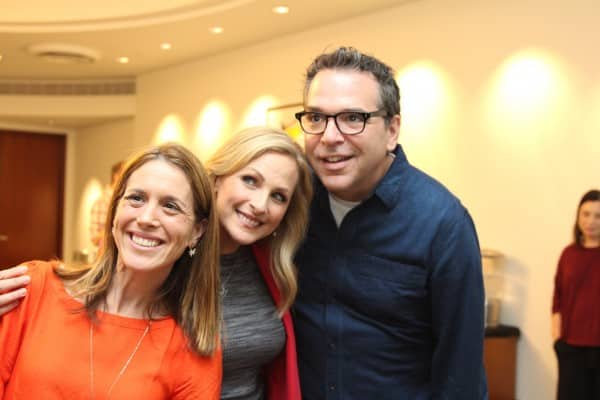 And seeing Marlee with her Translator and communicate with us was really a fascinating process for me….. initially you look at the translator, but then all you do is look at Marlee and listen to the translator while she talks. Michael Seitzman the producer explained that this evolution happened to his cast and crew while working together, and it happens to the audience while watching the show too. Really incredible and I left feeling so inspired by Marlee, who went deaf at 18 months but has accomplished so much in her life! 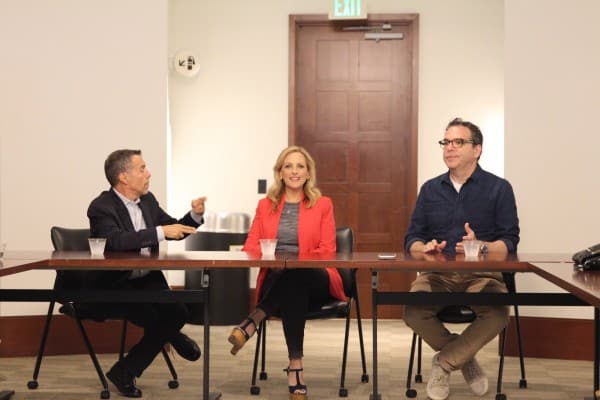 These photos capture the joy they seem to find in working together and I love how dedicated Michael seems to creating a really TRUE experience for both his audience and his actors on what the unique situations that arise while working with a deaf individual.

Tips and The Inside Scoop on Quantico Season 3

1. Tip: This season is designed as a real REBOOT to bring in new viewers so if you’ve never seen Quantico now is the PERFECT time to start watching! It will include 13 episodes. Personally, I love that it’s a fast mini season!

2. Michael Seitzman’s passion for creating an entertaining show was incredible!

You can imagine for prior fans of the show, starting this Season a full 3 years after the conclusion of the last season will create some BIG changes in everyone’s lives……. talk about good entertainment. Happily ever after is fun but not always so entertaining as Seitzman explains below.

Seitzman says, “I think people that watch television or movie don’t realize that the primary job of the writer and the filmmaker is to frustrate the audience, not to give the audience what they want. To put it another way, the audience always wants their favorite couple to get together. And we sit in a room. The bulk of our time is spent trying to figure out ways to keep them apart. That’s the biggest job is how do you keep them apart?”

3. Hint:  Season 3 starts 3 years later ! This makes it easy for new viewers to jump on board while also giving fans a big WOW moment as to what i going to happen next. The opening scene from Season 3 takes place in Italy!

4. Actress Marlee Maitlin and Producer Michael Seitzman seemed to share a really special relationship. These photos capture the joy they seem to find in working together. Marlee actually got the job after meeting Michael at a party for Rob Lowe and then he decided he wanted to write her into some of his projects. Love it! 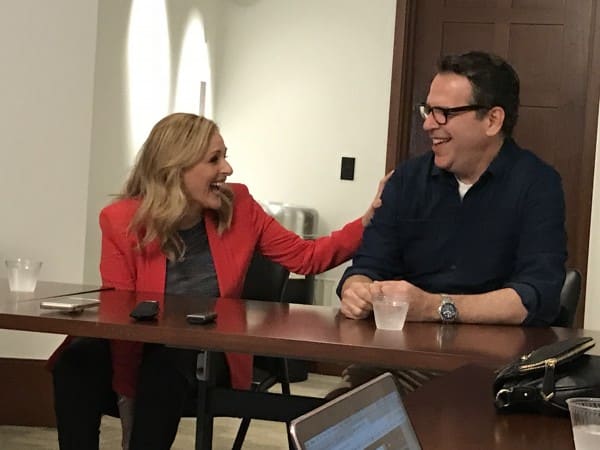 5. Marlee Matlin plays a deaf FBI agent and Michael Seitzman truly shows how this is a strength in her position as an FBI agent.  In the premiere, again and again, Marlee tells the rest of her team to “LOOK CLOSER!” to find the clues. Her team is initially frustrated with the handicap and doubtful of her abilities. However, since she can’t hear, she’s always needing to LOOK CLOSER to solve the various cases and clues. When she looks closer, she sees critical things that everyone else miss.  I love this so much. I felt that as her FBI team realized her deafness was an asset, the audience also evolves too and is able to see this “handicap” as a positive strength. Plus, this involves the audience too. When Marlee Matlin, as the character Jocelyn, forces her team to look for clues, you will find yourself the viewer doing the very same thing!

Michael says he tried to really showcase the following:

Marlee shared the following too:

“I have to give Michael credit because he’s one of the few people in Hollywood who understands how to use someone like myself, who understands not to dwell on the disability.  I mean the “dis” in ability, but to look at the ability. I could name other people, I mean people like Aaron Sorkin and David E. Kelley and Ilene Chaiken. These are people like Michael who understand where I can fit into a role without having to be a person who is deaf.

It just happens to be deaf, the positives as Michael just said. And this one was extremely unusual because playing FBI agent and dealing with the people in situations, dealing in crises, being a sniper, being someone who uses my eyes as a means and surveillance, where a lot of people who aren’t deaf don’t use as someone who does have the ability with my eyes. So, that was great.”

This is going to be a WILD episode according to Marlee and Michael. We will get some big excitement on the Quantico storytelling side, but we’ll also see Marlee challenge herself as an actress like she’s never done before. Cool right?

Here’s some of their thoughts:

Michael: “Pay really close attention to it because it’s a very Jocelyn centric episode. It’s probably the darkest episode of the season. And I would say it is. And it also– it has easily– if I had to pick three of the top most shocking moments of the season six has one of those three in it”

Marlee :  “It is something that I have never done in my career. And it– I was so excited about it when Michael told me initially about it because he gave me the option to play and to do stuff in 306 that I mean I really was– I’m excited for everybody to see.

They let Marlee tease the following:

Marlee: “It’s my history of how I got to– Jocelyn Turner, all of you have seen, is deaf and an FBI agent. But what we’re seeing is her back story, how she got to where she got to.”

Marlee : “What I got to do is to play somebody like you who can hear. And because I was deaf at 18 months, I don’t remember hearing. So my job was to learn about hearing and learn about the characteristics of a hearing person. And I did a lot of homework. And you really get your– you guys take your hearing for granted.

This was a real challenge for me as an actor because being deaf I use my eyes more than any other of my senses.

So here I am in a situation where I’m playing completely opposite of that. And I didn’t use my eyes. And I used my hearing. And it was a challenge, but yet it was very exciting. And I don’t know how many times I thanked him for writing that episode.”

Sounds amazing – am I right?

“In tracking down the origin of a deadly strain of tuberculosis threatening Americans, Agent Ryan Booth must go undercover and infiltrate a white supremacist organization – an assignment that threatens the life of another member of the team.”