Calling all Toy Story Fans!!!! Exciting news as Buzz, Woody, and the gang are back for more action in an adorable new 22 minute tale available for the first time EVER on Blu-ray™, Digital HD  and Disney Movies Anywhere as of November 3rd.

Check out the trailer below!

Kenzie, Kyle and I watched an early preview before the release last week, and absolutely fell in love with this cute story. For the first time, Trixie, the triceratops plays a real starring role. The story is cute, hilarious, and full of action as the toys fight to survive a challenging situation in the hope of being able to someday return to their beloved Bonnie. 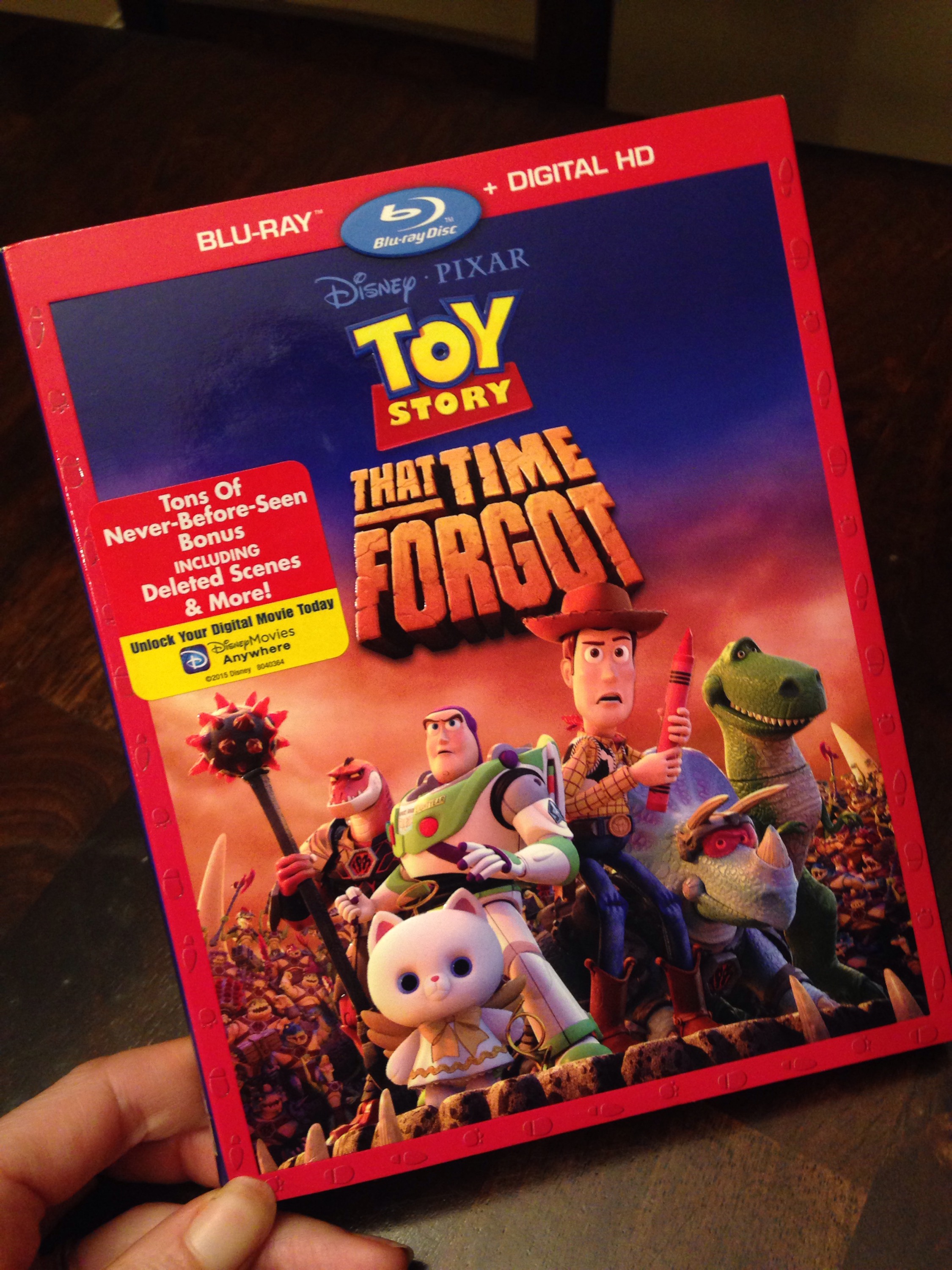 Disney•Pixar proudly presents a hilarious new animated adventure, TOY STORY THAT TIME FORGOT, Join Woody (Tom Hanks), Buzz (Tim Allen) and the gang for an unforgettable tale packed with family fun and a must-have for every Pixar fan’s collection! During one of Bonnie’s post-Christmas play dates, the “Toy Story” crew find themselves in uncharted territory when the coolest set of action figures ever turn out to be dangerously delusional.  It’s all up to Trixie, the triceratops, if the gang hopes to ever return to Bonnie’s room. Available for the First Time on Blu-ray™, Digital HD  and Disney Movies Anywhere on November 3rd.