Until then…… take a peek at the Captain Marvel movie posters and brand new incredible MARVEL-ous trailer featuring Captain Marvel. Captain Marvel hits theaters on March 8th, 2019. …. which right now can’t come soon enough since I am DYING to see this movie!

Visiting the Set of Captain Marvel 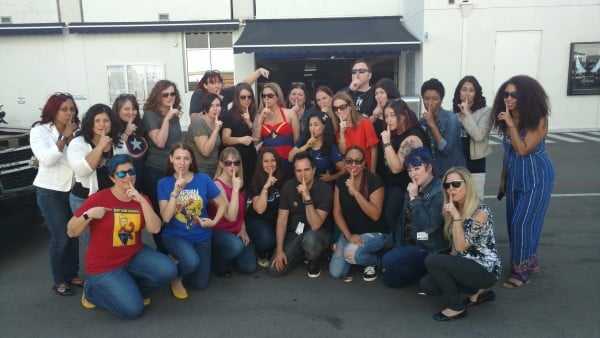 For all you Marvel fans, if you saw the scene in the end credits of Infinity War, you recall Nick Fury paging Captain Marvel to help save the world from Thanos……. so I am I am dying to meet this heroine of the Marvel Universe and maybe get some answers to the big cliffhanger feeling we all had when Avengers Infinity War ended. 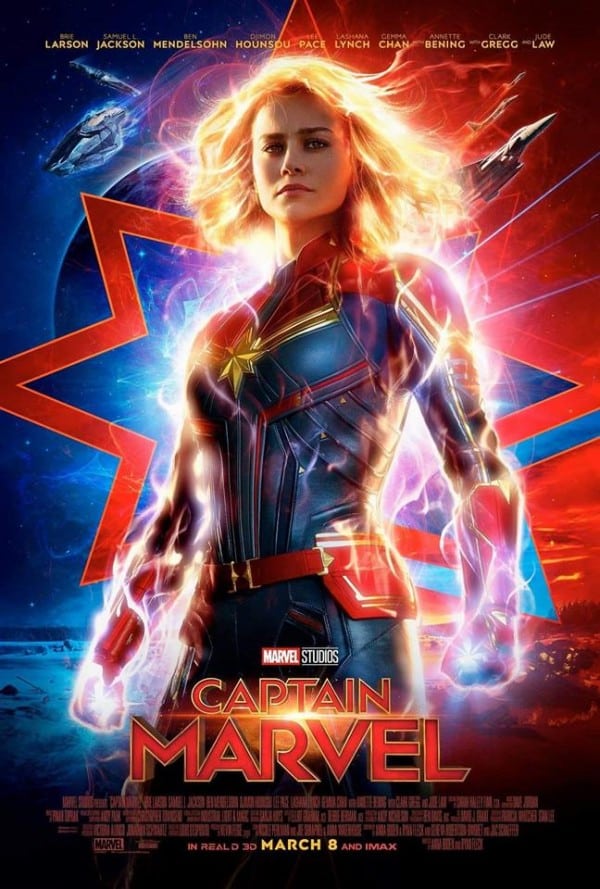 And do you see the adorable kitty cat in the corner of this poster? 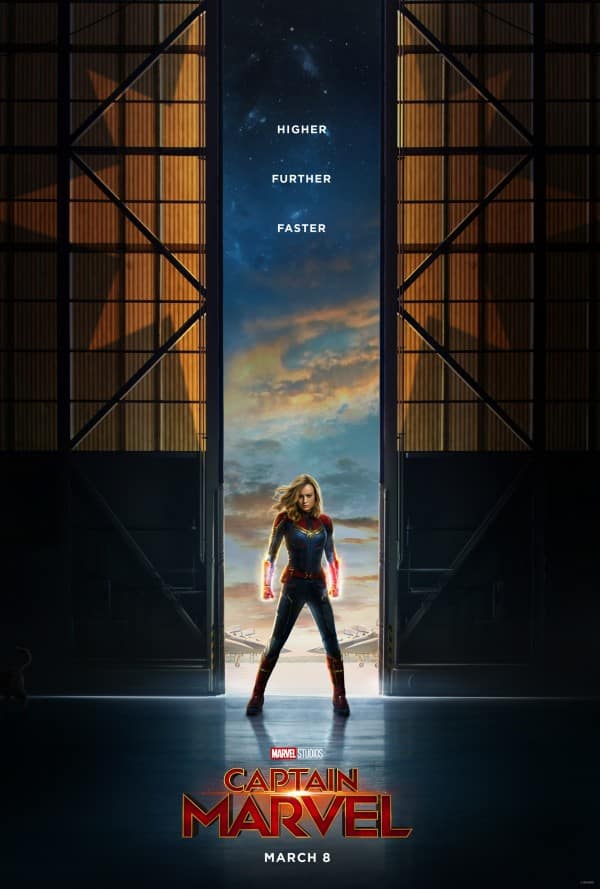 Set in the 1990s, Marvel Studios’ CAPTAIN MARVEL is an all-new adventure from a previously unseen period in the history of the Marvel Cinematic Universe that follows the journey of Carol Danvers as she becomes one of the universe’s most powerful heroes. While a galactic war between two alien races reaches Earth, Danvers finds herself and a small cadre of allies at the center of the maelstrom. The film stars Brie Larson, Samuel L. Jackson, Ben Mendelsohn, Djimon Hounsou, Lee Pace, Lashana Lynch, Gemma Chan, Rune Temte, Algenis Perez Soto, Mckenna Grace, with Annette Bening, with Clark Gregg, and Jude Law.

Marvel Studios’ CAPTAIN MARVEL is produced by Kevin Feige and directed by Anna Boden and Ryan Fleck. Louis D’Esposito, Victoria Alonso, Jonathan Schwartz, Patricia Whitcher and Stan Lee are the executive producers. The story is by Nicole Perlman and Joe Shrapnel & Anna Waterhouse, and the screenplay is by Anna Boden & Ryan Fleck and Geneva Robertson-Dworet and Jac Schaeffer.

Get Social with Captain Marvel