Last month, I was able to go behind the scenes of the Walt Disney Studio Lot and the Disney Animation Studios building. It was INCREDIBLE! Absorbing that Disney magic was like tasting a piece of history. I’m a real Disney-o-phile and I cherished every second of this tour. Truly a once in a lifetime experience! Check out my Walt Disney Studio Lot Tour Video and Photos below.

There isn’t anything quite like standing on the corner of Dopey Drive and Mickey Avenue! 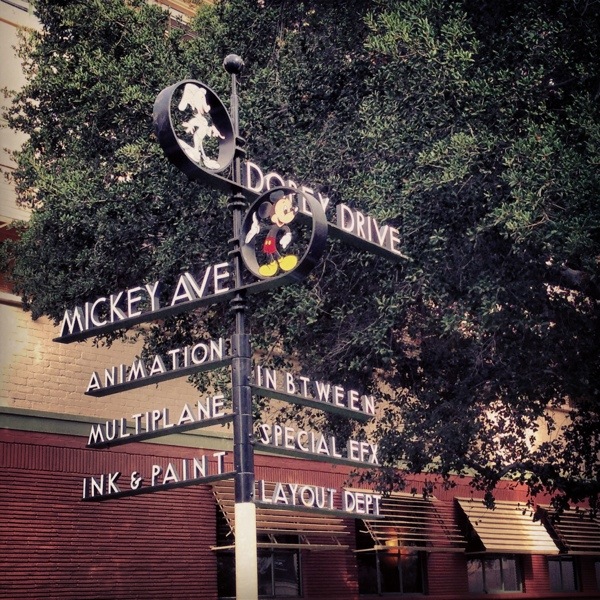 The entire complex was beautiful and essentially looks like same as it did in the 1940’s – 1960’s. Old buildings are still there and they even design the new buildings to look much like the older buildings. All the streets are lined with beautiful landscaping and trees too. I want to work here! 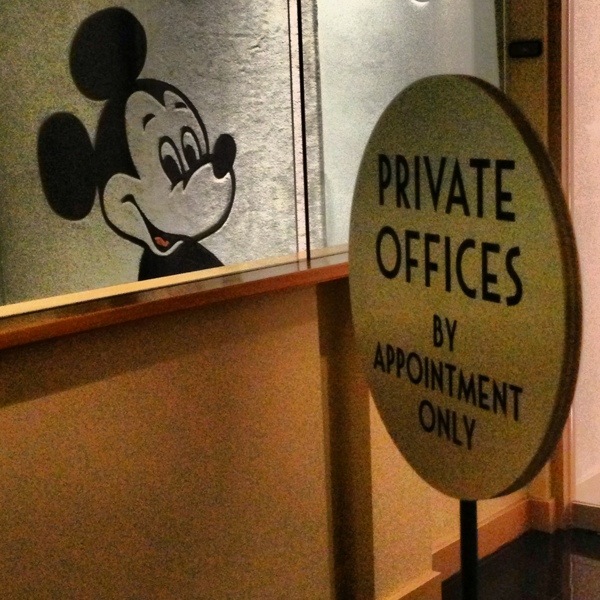 Much of Saving Mr. Banks was indeed actually filmed in the Walt Disney Studio Lots as the movie is about Walt Disney fulfilling his lifelong promise to his daughters to make Mary Poppins into a movie and his struggles to do just that with author P.L. Travers. Mary Poppins was also filmed on the Disney Studio Lots too so during our tour we were able to see the actual studio stages where Mary Poppins was filmed and the buildings and gardens on the Studio Lot where Saving Mr. Banks was filmed.

Here’s a quick video of the outside of the Disney Animation Building where we screened Saving Mr. Banks. This is all located on the Walt Disney studio lot. Notice how the building is held up by the Seven Dwarfs. Love it!

During our back stage studio lot tour, we saw so many special landmarks that are part of the Disney heritage.

This is the main entrance to the Walt Disney studio lots and looks today as it basically did over 50 years ago!  Love the mountains in the backdrop. 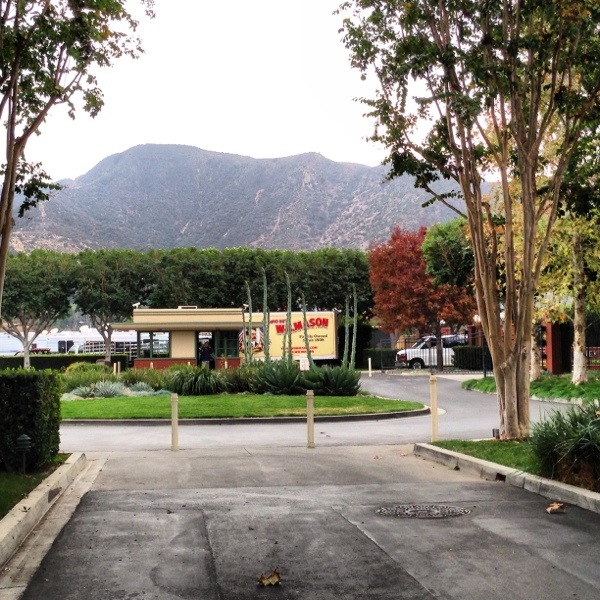 Love the tree lined streets everywhere too. People can bike around campus! This looks so much like it does in Saving Mr. Banks — because again everything on the lot for the most part as far as old structures go, still look like they did 50 years ago when they were filming Mary Poppins. Consistency! 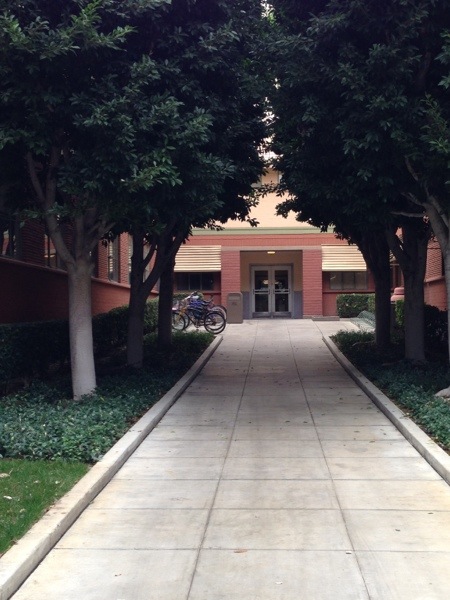 This top corner window was Walt’s office and where he was when was meeting PL Travers to discuss the making of Mary Poppins — and the same area that you’ll see in Saving Mr. Banks of course! 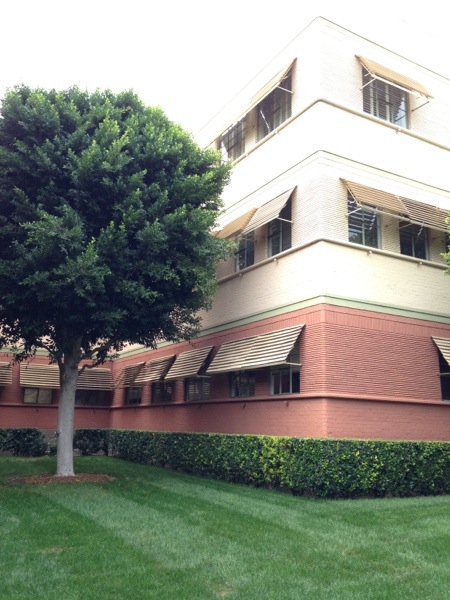 There’s a scene in the  movie where PL Travers, played by Emma Thompson, is frustrated, upset, and worried that Walt Disney and his team do not see her vision for Mary Poppins. She goes outside playing with sticks in the garden and her limo driver comes and hangs with her for a heart to heart discussion. This is where that scene was filmed. Seeing all this in real life after seeing the movie was just fantastic. 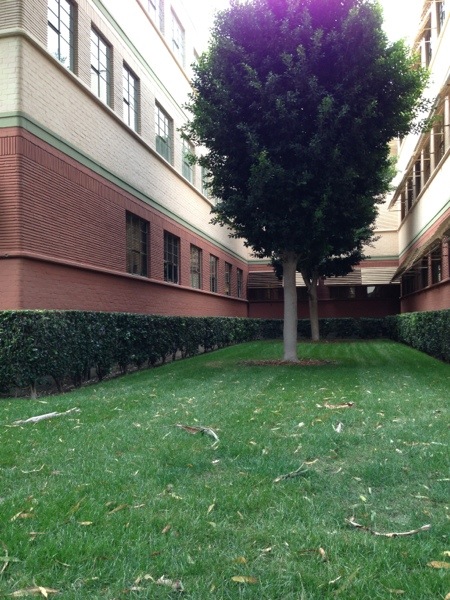 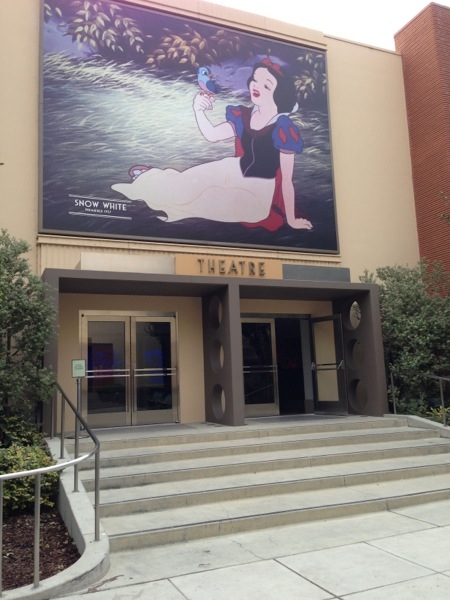 Tons of statues and Disney history on campus and especially in this historic courtyard.

I couldn’t help but snap a ton of photos and pose with Walt! 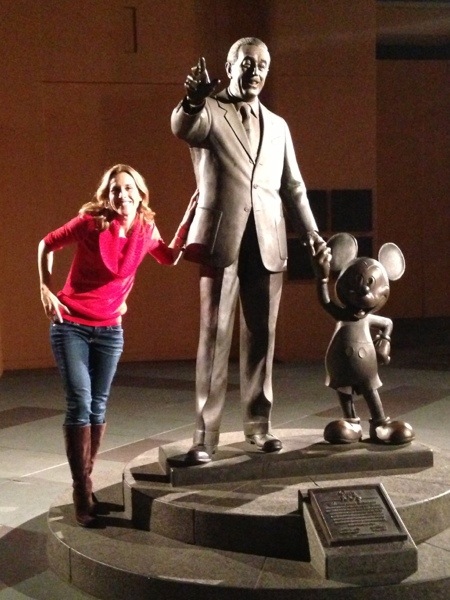 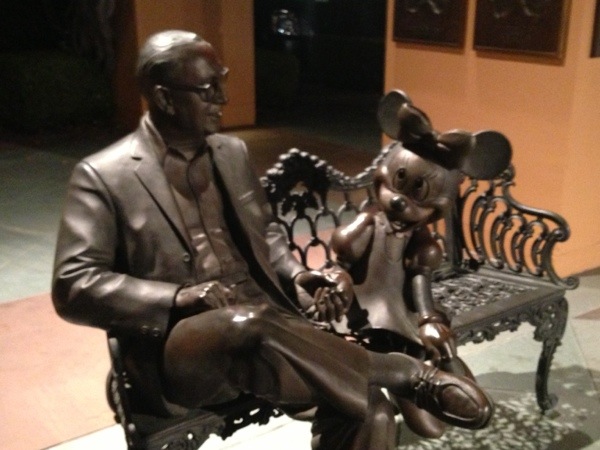 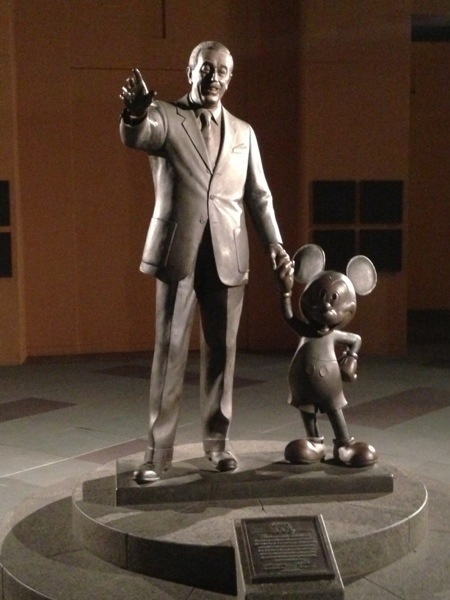 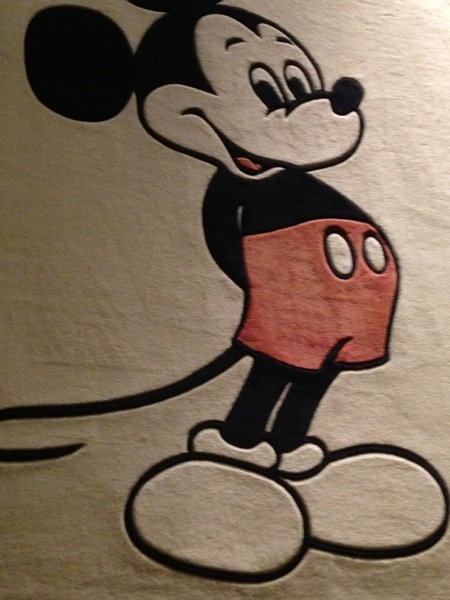 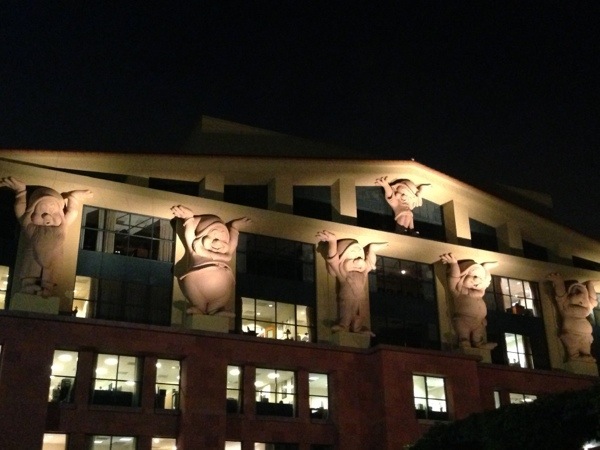 We also ate lunch at the famed Disney Commissary – the food was outstanding. Afterwards we were able to shop to in the Disney Animations Studio shop. I bought tons of fun surprises for the kids and myself. 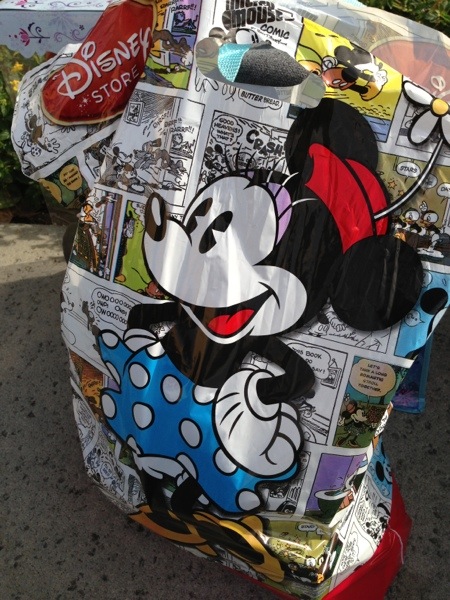 Note: Thanks to Disney for paying our travel expenses to attend the Frozen premiere and press event for Saving Mr. Banks and Mary Poppins.  As always, all thoughts and opinions are my own.