The Croods releases in theaters on March 19th, 2013 and is a great family film. As you take your kids to see the The Croods movie, there’s no need to cover you kids’ eyes when some scary monster comes storming out of the jungle. What I love so much about this movie is that the dangerous animals were transformed into the cuddliest bad guys I’ve seen ever seen. Take for instance, the most-feared animal in the movie…Chunky. He’s a mix between a macaw and a saber-toothed tiger. Despite his ferocious stereotype, his bright colors and goofy combination help to make the “scariest” creature one that even your youngest child wouldn’t mind hiding under the bed. 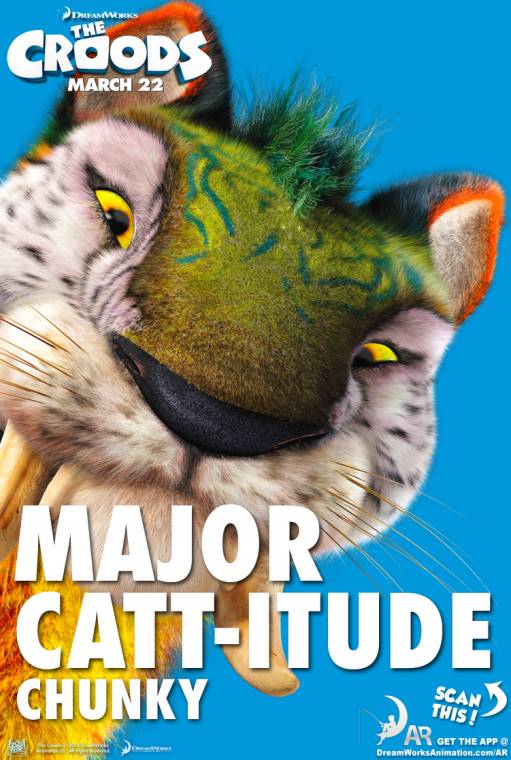 While at a behind-the-scenes tour at DreamWorks, I was immersed into the jungle experience and really got to know the creatures of the movie. In one room, the crew covered the floor with tarp and then poured sand everywhere. Greenery was scattered throughout the room, and the wilderness sound effects made me feel like I had walked right into Africa. 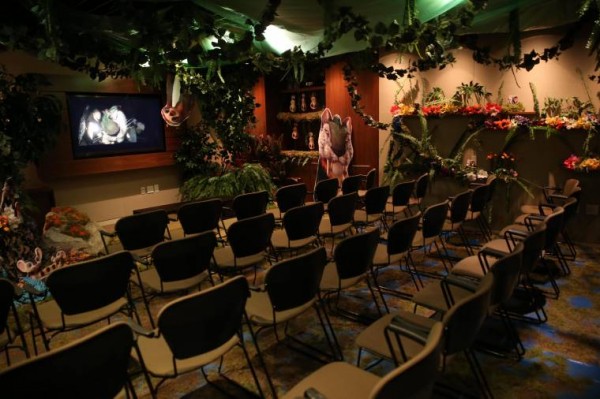 The director Chris Sanders joined us to play a fun game of “Guess the name of our combo-characters.” He would show crazy creatures on the screen, and we would guess their names based off of the animals that were mixed to create them. He also explained what sparked this cool idea to mix-and-match typical jungle animals:

“So, one of the interesting things about this film was that we wanted to create a world that felt prehistoric but was also fresh. A big part of that was going to be the environment – the other huge part of it was going be the animals.

One of our artists, Shane, he came up with a really cool solution, which was to take animals and combine them, which gave a kind of a cool feel. You could almost imagine, a long time ago, animals were different combinations that maybe, as time went on, they diverged into separate things.”

As your kids count down the days to see what other animals were paired together in The Croods, Dreamworks provided fun printables – enjoy!

Enjoy this fun printable and the others listed below.

Disclosure: Travel and expenses were provided by Twentieth Century Fox and DreamWorks Animation. As always, all thoughts and opinions are my own.